Synthetic Slate Roofing | Finding the Best Option for Your Home 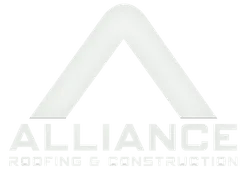 The look of a slate roof is iconic. The slate roof is one of the most prominent roofs in the world, and its appeal has been noted by many. Its traditional look adds to the charm of the house. However, it is not easy to maintain a slate roof. Slate roofing can become damaged over time, and it can also be prone to problems in some conditions, such as high humidity and high winds. For this reason, many homeowners decide to replace their slate roof with a synthetic one. However, the differences between synthetic slate roofing and natural slate roofing are not as straightforward. In this article, we will discuss the differences between the two, as well as the benefits and disadvantages of each types of roofing.

Natural slate is made from rocks or shale that is crushed and mixed with water to make a soft, coarse material used to create roofs. It is also known to be used in walls and chimneys. Natural slate is made up of flat pieces of rock or shale, which are naturally occurring in a variety of different colors. It has a distinctive look that is often described as “break in one’s eye.” This type of texture is a result of the way the rock was formed. Natural slate has a low heat conductance, which makes it ideal for the northern regions of the United States and Canada.

Natural slate is known for its durability, low maintenance, and low cost. The downside of natural slate is its susceptibility to damage from water. Natural slate roofs are prone to leaking and can even crack or break over time because of the way it is made. However, there are a few ways that homeowners can combat this. One of these ways is to seal the cracks and joints in the roof. This will reduce the chances of water damage to the house. Another way to combat water damage is to install flashing around the edges of the roof. This will channel water away from the house and reduce the chances of water damage.

Synthetic slate is known to be a better material than natural slate. It is lightweight in weight and easy to install. It can withstand high-humidity and high-temperature environments. It has a uniform appearance and comes in a variety of different colors. It is also known to be much longer-lasting than natural slate and not prone to structural damage like natural slate.

Synthetic slate is known to be more expensive than natural slate. It is also heavier in weight and more costly to install. Moreover, it is known to be more prone to cracking or breaking over time because of the way it is manufactured. It has a low heat conductance and can cause air-conditioning issues.

How to choose synthetic slate roofing?

The best way to choose between the two is to examine their pros and cons. It is important to keep in mind that the ledger life of a slate roof is 15-20 years. It is a good idea to consider installing a shingle roof as a replacement at the end of the slate’s life cycle. If a homeowner is looking for a durable roof, they should choose synthetic slate. If a homeowner is looking for a lightweight roof, they should choose natural slate. There are a few factors to consider when choosing between natural and synthetic slate, such as the area’s climate, the homeowner’s budget, and the aesthetic appeal of the house.

Many homeowners are now replacing their slate roofs with synthetic ones. The primary reason for this is the cleaning and maintenance required for natural slate roofs. Natural slate is known for being durable, weather-resistant and low maintenance. However, if you are looking for a durable, low-maintenance roof, then synthetic slate is a better option.

Which Roofing Materials should you choose?

Why Should You invest in a New Roof?

Hail Damage: A Major Concern for Most Roofs and What Should You Do Next

Standing Water Can Create a Major Problem on a Flat Roof

Can I Keep Insurance Money For Roof Replacement?

Previous Post Cost of Metal Roofs – Factors to Consider Next Post How much does it cost to repair part of a roof?